Business
NA passes Finance Bill 2022-23, approves 10pc ‘Super Tax’
The lower house of the parliament also approved 10 percent ‘Super Tax’
ISLAMABAD (Dunya News) – National Assembly (NA) on Wednesday passed Finance Bill 2022-23, giving legal effect to the budgetary proposals for the next fiscal year.
All amendments moved by the Minister of State for Finance and treasury lawmakers were adopted by the House while the amendments of opposition members including Javaria Zafar Aheer (PTI), Wajiha Qamar (PTI), Ramesh Kumar (PTI), Saira Bano (GDA), Maulana Abul Akbar Chitrali (MMAP) and an Independent MNA Mohsin Dawar were rejected by the House after voting.
According to the Rule 187 of the Rules of Procedure and Conduct of Business in National Assembly 2007, not less than four days shall be allotted for the general discussion on the budget. However, the National Assembly smoothly continued debate on the Finance Bill, 2022 for 10 days.
The formal debate started on June 13, 2022 that continued till June 24, 2022. The House also discussed recommendations of the Senate and three MNAs expressed their views on it.
Minister for Finance Miftah Ismail had concluded debate on Finance Bill on June 24, 2022. The House held discussion on the Charged Expenditure included in Demands for Grants and Appropriations for the financial year ending on June 30, 2023. The House approved 131 demands for grants related to various departments and ministries.
The total volume of the federal budget for fiscal year 2022-23 is Rs9.5 trillion with allocation of Rs 2,158 billion under the Public Sector Development Programme (PSDP) which is one per cent up from Rs 2,135 billion last year.
The Ministry of Finance has termed the budget 2022-23 as growth budget and it is based on a well-thought-out strategy to boost the economic growth outlined in the medium-term budgetary strategy paper for FY23 to FY25. It gives a clear roadmap of the strategic priorities, revenue and spending policies of the government.
Below is a table of tax on salaried class 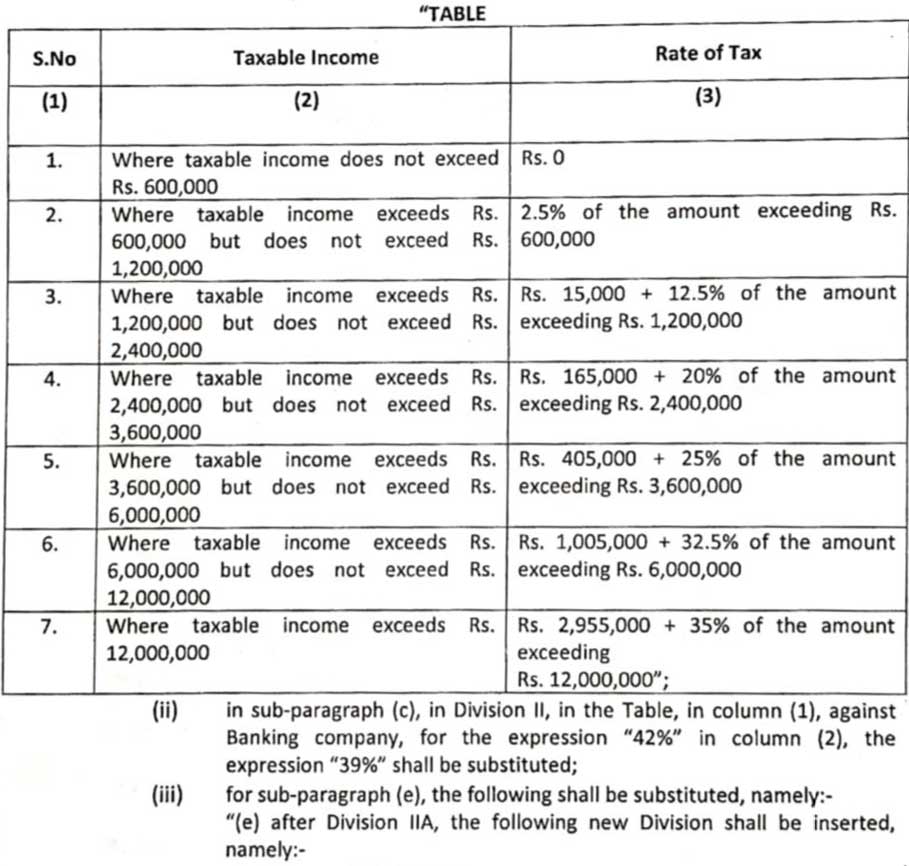 The budget envisages Federal Public Sector Development Programme (PSDP) OF 800 billion rupees for the next fiscal year. It has been centered on improvement in sectors such as water resources, transport and communication, energy, higher education, health, science and technology, and balanced regional development.
A total of Rs 699 billion have been set aside for targeted subsidies to extend benefit to deprived segments of the society.
BISP
The budget of Benazir Income Support Program has been increased to 364 billion rupees. In addition, 12 billion rupees have been allocated for the provision of subsidy on essential commodities through Utility Stores Corporation.
Pay raise
The salaries of government employees have been increased by fifteen percent along with a merger of adhoc allowances.